Founded on the principles of Faith, Hope and Love 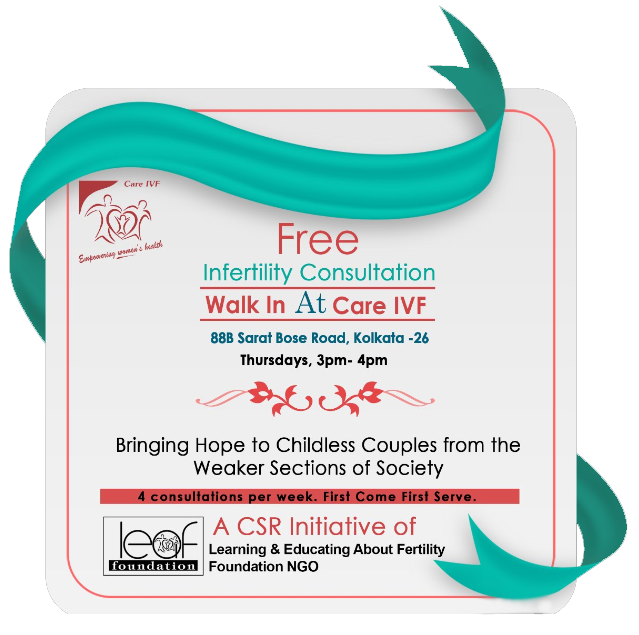 SUMMARY OF PATIENT'S BENEFITED SINCE APRIL 2010 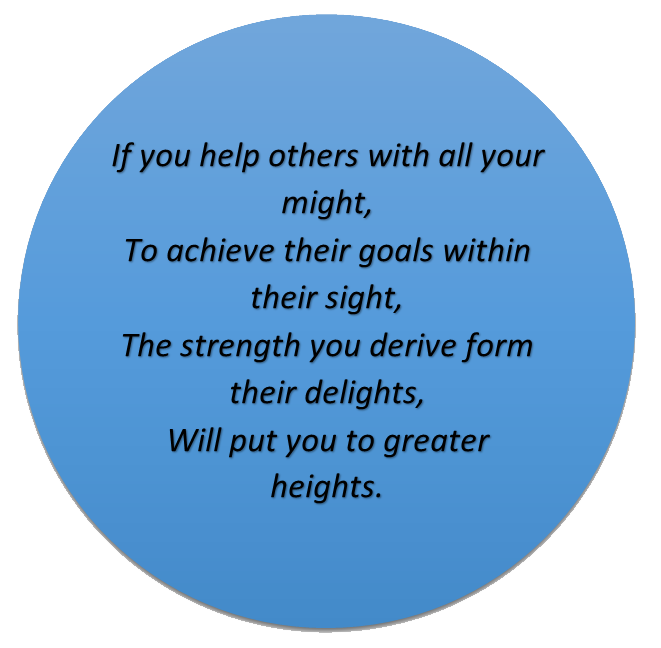 Become a co-sponsor, by donating whatever amount you can to LEAF Foundation. The proceeds would help economically challenged Childless couples afford a treatment cycle.

LEAF Foundation offers medicine subsidies to patients. Couples can opt for giving away any extra medicines from their treatment which would be utilised for LEAF Foundations' recipients.

LEAF’s goals include, providing reliable medical information which encourages people to make informed decisions on options available and go ahead with the treatment. The foundation aims to encourage patient self-education that would help in establishing a stronger doctor-patient relationship.

Its mission is to provide compassionate and informed help to people experiencing the crisis of infertility; and to increase visibility about infertility issues by public education. LEAF’s goals include: providing in-depth, reliable medical information which encourages people to make informed decisions on options and treatment; encouraging patient self-education resulting in a stronger doctor-patient relationship; and offering emotional support services to reduce anxiety and help restore feelings of control, self-worth and optimism.

Membership:
Collection from Subscriptions add to the fund. Direct donations from members have also helped significantly.

Patient Donations:
From successful patients and their relatives and friends. Any contributions from Fundraisers and charity events are welcomed.

Free Medicines:
We encourage benevolent patients to donate their excess medicines to the Foundation so that those could be used for poor patients.

Grants:
We invite grants from other organisations which support healthcare in any form.

Corporate Sponsorships:
Leaf foundation offers the best platform for CSR funding from forward-thinking Companies who can gift the hope of a child to childless couples.

How Leaf Was Formed ?

It’s been 2 recurring groups of events which prompted us to start this Foundation.
There is one group of patients, who have been suffering for long with sub fertility, may have gone to innumerable centers and undergone various treatments, yet when you ask them " Are you aware of what exactly is wrong with you or do you have any idea about the disease that you say you have ?" , most of them draw a blank. Treatment of infertility takes you down a path which is long and tedious. I believe that unless you are fully aware of your conditions, treatment options and limitations of the treatment, there is a lot of frustration which is encountered. We at LEAF are trying to spread as much awareness as possible, not only about treatment but also about prevention.

The second group is the more unfortunate. The problems of childlessness is compounded by the fact that they can hardly afford 2 square meals a day. Even if they wish to be practical and stay childless, either the social stigma does not allow them to do so or in some even more unfortunate cases, they husband and his family heaps scorn on the poor hapless woman for not bearing him a child. What is funny sometimes (or shall I say blood boiling), is that in a good number of such cases, its the husband's sperms to blame !!!!!. You can’t help but feel for such women and that is one social cudgel that LEAF has decided to take up.

Who can benefit from NGO ?

Sitting on a chair of authority, it sometimes gets difficult to decide who should benefit out of the facilities that you are entitled to dole out. In our case, it's tough to favor one patient over another when it comes to free treatment. A good majority of the patients who come are poor, however some may not be genuinely so. I had a couple last week who were accompanied by the lady's brother who claimed he spent 6 lakhs on charity this year, yet wants a discount from us because he claims his brother in law is poor and he can’t technically spend on his brother in law.

Another lady said she hails from a well to do family but the husband has declared he won’t spend a penny on her treatment and will only pay for medicals once she gets pregnant. Her treatment is looked after by her parents. When we decided to provide her free treatment, the very next day her husband drops in, praising our efforts to high heavens. Was she genuinely entitled? If we do, we support indirectly, an inconsiderate husband; if we don’t, we only push an unfortunate women deeper into her misery.

The couples above however form a minority. A great number of couples who walk in through our doors are broken by Infertility and helpless by their economic status. It’s a tough job, believe me, to tell them most of the times that the treatment is going to be expensive despite our best efforts and if they do feel that they cannot walk the full distance to not walk at all rather than stop midway.

Won’t deny the fact that as a business we do want to grow big, but I wish there was some way to make it available to all, to ensure we could put a smile on many more lips irrespective of the fact that they are rich or poor.

Cost of a new wife !

Once A couple came in for a consult, along with the husband's mom in tow. Looking at their reports, I opined that the couple needs an IVF since the lady's fallopian tubes were damaged. I also suggested that some tests worth a few thousands would be required before we do the actual IVF to ensure better success.

I was aghast when the mom in law suddenly sprang up and turning to her son, said “I don’t think all this makes sense and there is no guarantee also that she (her daughter in law) will conceive in one attempt. I think its best you take another wife and she will be cheaper to get as compared to repairing this old one."

The scene was comical no doubt but it only took a moment to realize how cheap human lives are and especially those of women. It’s sad how shallow our society can be. I thought scenes like these only happened in serials and the Hindi movies.

My regards to all the men who stand by their wives through the up and downs of infertility treatment and my sincerest thanks to all those who have contribute so generously to LEAF Foundation and enabled us to help women like the one I saw today.